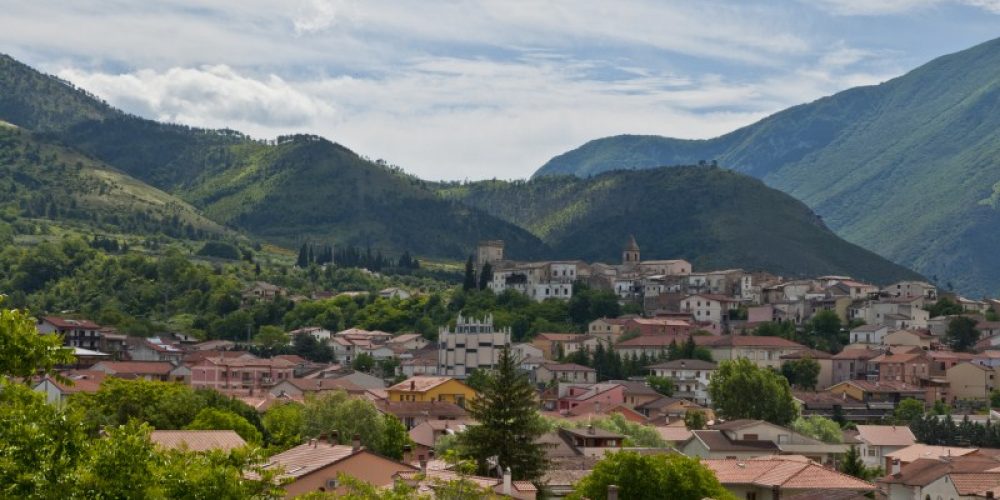 Bussi, whose origin dates back to ancient Rome, is a small town. Its name comes from the homonymous evergreen box-tree (Boxus sempervirens) that grows widely in the area. Only in 1880, the present-day name was assigned to it, in honor of the river crossing it. In the course of history, many noble families took hold of it: first, the Cantelmos (1377-1579), then the Medicis (1600) and finally the Bourbons when, with Charles III, the town became part of the Kingdom of the two Sicilies. Around 1700, the ceramics craft develops in Bussi thanks to Antonio Francesco Grue, who, after heading the revolt against the Marques Mendoza that wanted to impose duties on majolica wares, left Castelli and took refuge in Bussi where he was proclaimed governor.

Here he finds water, clay and wood for the kiln. He can, therefore, keep on making ceramics, promoting its knowledge and spreading the love and passion for this craft through the realization of numerous shops. Among the most important architectural structures, we can mention the ruins of Saint Mary of Cartignano’s church, dating back to the XI century, which was first a country church and later a monastery of Montecassino’s  Abbey; Saint Anne’s church with only one nave and frescoes of 1556; Saint Lawrence’s church with IX century sculptures; and Saint Blaise’s church, which houses many ancient statues. Also to be remembered are the ruins of the Sutrium tower, a viewing tower with a triangular base found in Saint Rocco’s locality; the Castle of the Cantelmo Dukes, in the highest part of the historical center, dating back to the XI century, in whose interior one finds a well, a stone stairway of the 1500’s, besides paintings, fireplaces and valuable objects.

The town is considered the southern entrance to the Gran Sasso and Laga Mountains National Park with the Tirino River Visits Center, one of the National Park’s most important information and tourist welcoming center. Today this center is considered the tourist’s reference point of the Tirino Valley. From here depart most of the major tourist activities available in the area such as canoe excursions, kayak courses, mountain bike rides, north walking excursions, trekking and other activities. 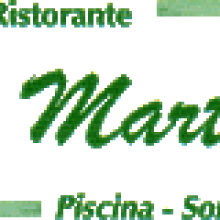 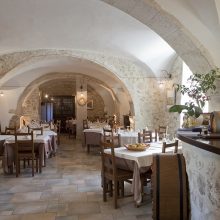 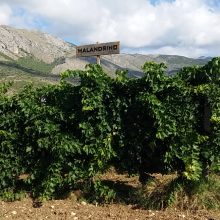 Born in the 1920 by the Baron Luigi Cataldi Madonna dedicated to the production of all the typical crops of the area: olives, almond and saffron. He was the owner of a well-known olive oil mill, but the wine produced was sold in a cistern to one of the first bottlers of Abruzzo based in Aquila. (Vittorio Ianni farm) The farm started its modern era in the 1968 with Antonio Cataldi Madonna, who promoted the enlargement, the replanting of the vineyards and the renovation of the buildings. To him we owe the first bottle with date 1975: he draw the label with represented on it the Guerriero di Capestrano, which has been founded by chance in the 1934 by a farmer ten meters from a vineyards of the farm and today is the symbol of the Italic people. His son Luigi continue for some years the job of qualification of the products through a project line aimed to expressing the specific features of the territory. The area is scarcely productive in quantitative terms but completely original as expressive potentiality, the farm has never planted vineyards in areas different from its territory, not even in the neighboring ones, making of the […] 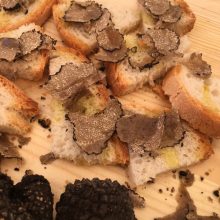 The Berlingeri farm deals with the cultivation and processing of truffles with natural methods. The mission is to preserve the identity of the product and its authentic flavor.

An immersion in the abundance of uncontaminated nature, a life at a slow pace and the authenticity of a lost time.

In the heart of the ancient medieval village of Navelli, famous for the production of saffron here called “Red Gold” 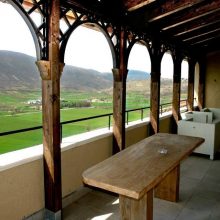 The Eco-Food Court of Tirino Valley …. a different way to enjoy the Valley …. Simply staying seated. A place that offers refreshment for all guests who would like to enjoy breakfast, a quick meal or an aperitif, tasting local products in one of the most beautiful and suggestive terraces of the Valley.

We produce liquors in the the same way local homemade 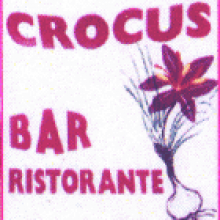 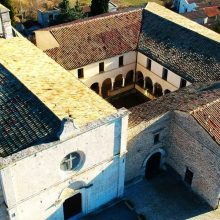 Hosted in the prestigious fifteenth-century Convent of S. Antonio da Padova in Civitaretenga, the hostel is a place dedicated to a simple but full of character hospitality, in a spectacular landscape setting, overlooking the Navelli plateau in the direction of Collepietro and surrounded by a crown of mountain peaks. The hostel takes its name from the Regio Tratturo, the path of “transumanza” which, in the stretch between L’Aquila and Foggia, passed through Civitaretenga / Navelli. The management of the “Ostello Sul tratturo” (reception, linen, breakfast, guests’ needs, guided tours of the town and its surroundings) is managed by the Community Cooperative of Navelli “Oro Rosso”. The hostel has 21 beds (five bedrooms with three single beds, two of which communicating in the case of large groups, a bedroom with four singles and a double bedroom fully furnished), bathrooms for women and men, a living room for guests. , a space for breakfasts, a multifunctional room capable of hosting conventions, conferences, residential schools, workshops, etc. 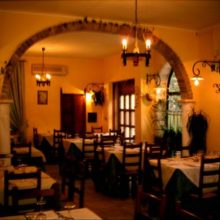 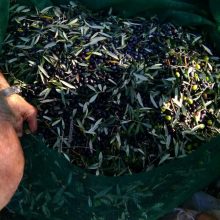 Our company mainly deals with the production of Evo oil (as well as wine in limited production). 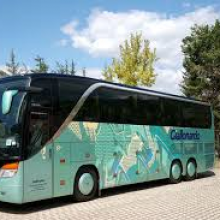 Giallonardo travels is an italian company with more than 70 years of experience, specialized in the tourism transport sector proud to have a team of collaborators of certified seriousness and professionalism. our car park  is composed by pullman, minibus and cars with drivers, all equipped with every comfort. Giallonardo travels organizes national and international tours and day trips. it’s also travel agency since 2008: experienced and qualified staff will be available to best advise how to make individual and groups trips 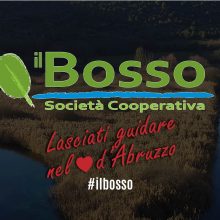 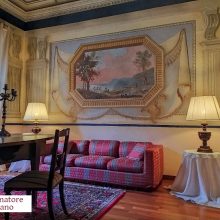 Stately home of the seventeenth century, located in the historic center of the medieval village. Furnished with love by the owners, with refined materials suitable for the style of the house but at the same time modern and functional.